“PinkFullMoon” is a project based on the notions of sisterhood, mutual aid and political resistance in dystopian and post-apocalyptic times. The installation combines three fantasy figures produced in a dialog with the writing of a homonymous narrative text.

The story of the figures is conveyed through a handwritten poem on the wall with Lillι, Thunder, and Crystal as the protagonists. The poem describes a world that is as real as it is fictional, a world that could be understood as an allegory of the present which is characterised by state controls and social inequalities. As creatures of the night, the characters recall the habits of vampire bats. To survive, vampire bats have developed an elaborative buddy system for sharing meals. By sharing regurgitated blood with their neighbors through mouth licking – like kissing – they save each other from starvation. In the PinkFullMoon community, blood is drunk and given to those in need. Their kinship is created through a blood connection, but not through familial bloodlines, but through an alternative, futuristic understanding of family.

In the PinkFullMoon utopia, elective kinship and community care are the foundation for survival in a post-apocalyptic world where the creatures form clandestine networks of chosen families and plot a revolt against their oppressors. 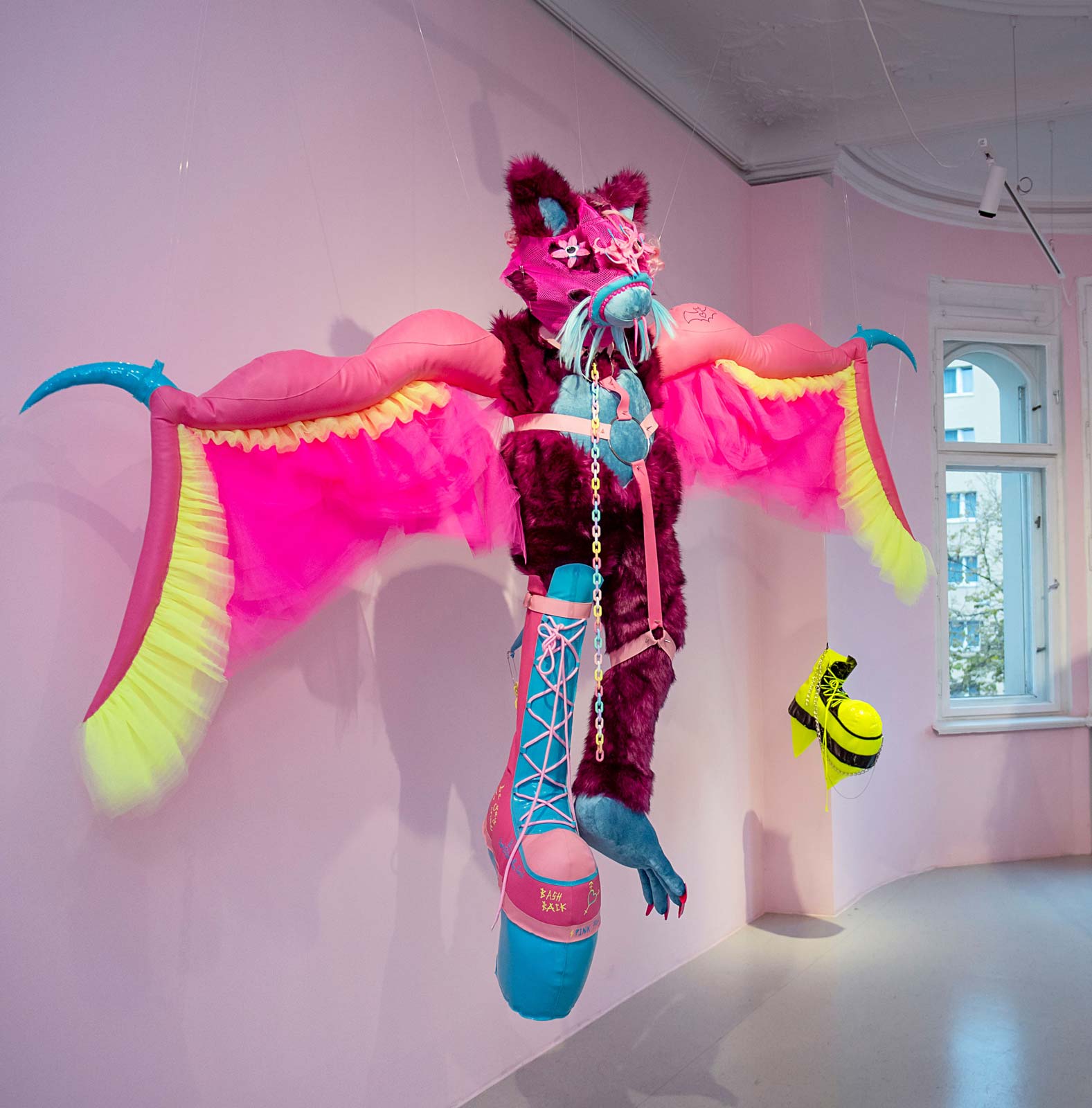