Fluffy Library marked its UK premiere in Arnolfini after a year’s residency at Athens’ ATOPOS cvc. Fluffy traveled at the Arnolfini Centre of Contemporary Arts in Bristol from 11 July- 11 August 2019 in order to make new friends, find new food, seek love, hugs and radical tenderness. The Arnolfini space was wheelchair accessible and Fluffy had expanded across the space with special care so that people with mobility disabilities could experience it as well. Actions for children about the evolution of Fluffy were organised and special manals and colouring books were designed. Drag queen Pom Pom from UK’s Drag Queen Story Time read some of Fluffy’s favourite gender-neutral stories to children and Burning Eye Books organized a cozy poetry performance event for children and their families. The opening even twas an evening of performative audio-visual stories of hybridity, vulnerability and disability with a guest appearance of Pop Tektonism (Lykourgos Porfyris), who presented his fairytale Vulnerable Monsters, which began inside Fluffy at ATOPOS cvc in November 2018. 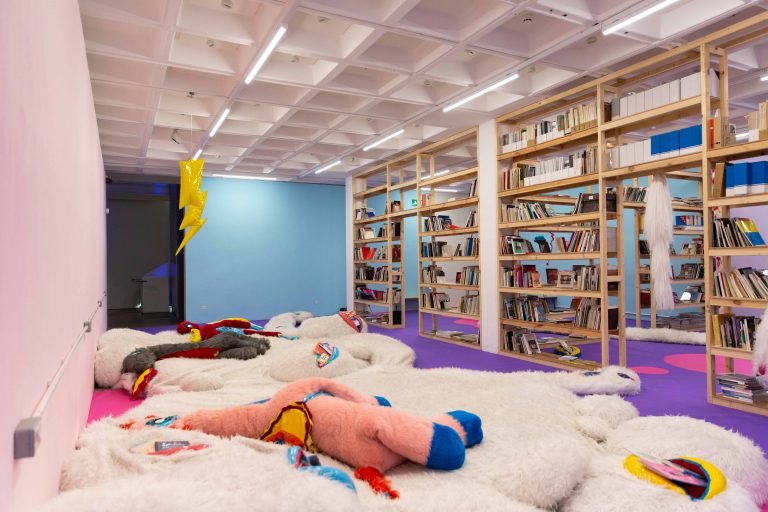